In episode 5 of our Switched On podcast we talk about everything, from technical advancements in the electrical industry to learning how to create a global business!

How does a small, new company grow and establish an excellent reputation within a competitive industry? It's the question that thousands of business texts, seminars, tutorials, and job-training programs try to answer but never quite resolve.

Sometimes, the best way to figure out perennial conundrums like that is to take a close-up look at a real, living example. There's no better case than Ireland's biggest independently-owned engineering supply-chain & operations service provider.

EES Co. Ltd. (Eastland Engineering Supply) co-founder Tommy Hynes opened the company's doors back in 1991 with his wife, Catherine as his business partner.

Keep reading to know more, or you can click here to jump straight into the 5th episode.

How Does Excellence Begin?

Tommy tells it like it is, explaining that three decades ago EES started by focusing on providing engineering spare parts for a handful of early customers. Today, the company is known worldwide, has 67 customer sites in country, 120 employees, offices in the UK and the USA, and boasts a financial turnover of more than € 50 million annually.

It's been a long journey from 1991 to today, as EES now offers supply-chain services and a full menu of maintenance, repair, and overhaul (MRO) activities for its clients. The organization is Dublin-based, privately-held, and has a long list of name customers in pharmaceutical, food/beverage, and other industries, including known names like Pfizer, Diageo, Alexion, Amgen, Dairygold, Glanbia, and BMS.

Tommy told us he credits many factors in the growth, success, and longevity of the company. For starters, both he and his wife, Catherine, were at a point in their lives where they needed their joint effort to succeed, not the least because they had just started a family, Tommy had left a prior career behind, and Catherine was already venturing into entrepreneurship on her own.

So, all the stars lined up in the right place. But Tommy gives equal credit to the company team that actually works as a unit for shared success. For EES, excellence began by attending to customers' needs 24 hours a day. Guinness was an early client and Tommy kept hearing from industry people that there was a need for someone who could do more, who could supply more parts, who could run engineering stores as stand-alone units for the customers.

One of the reasons he heard these things is because Tommy believes in listening to his clients and giving them what they need, even if that means expanding his scope of offerings, being on 24-hour call, and taking on new challenges like managing engineering stores.

The Importance of Reputation

You don't wake up with a good reputation. As Tommy points out, EES went the extra mile for their entire client list, working tirelessly to fill needs and do excellent work. It was this dedication to service, excellence, integrity, and being honest with customers that caused word to spread.

There's a saying in marketing that the best advertising is word-of-mouth, and not just because it's free, but because it's genuine. Retail and wholesale consumers all over the world choose vendors and service providers based on what their friends, neighbours, co-workers, and relatives tell them. It's that person-to-person reputation that EES relied on and built up from day one.

That sterling reputation is why Hewlett-Packard sought out EES years ago and worked in partnership with Tommy & Company until the U.S.-based firm eventually left Ireland. The way EES worked with HP gave an early boost to an already great reputation. Tommy says he simply knocked on doors to drum up business and was often shocked that people already knew who EES was, based just on what was being said, not on media advertising or having a business development team.

But, it's not 100% reputation. Obviously, Tommy explains, you have to do good work first in order to gain the credibility for being professional, reliable, efficient, and honest. It's about "concentrating on your own country first, do everything right, and then move on." The professionalism, local focus, being likable, and treating everyone fairly and ethically are the building blocks of reputation. Get all that right, and you need minimal advertising.

Presentation is important, but sometimes when a client is in dire need, no one cares what you're wearing or how well you speak at a sales meeting. Case in point: when Hurricane Maria devastated Puerto Rico in 2017, an EES pharmaceutical client's sister company in Puerto Rico was in desperate need of an essential part for a commercial chiller (to keep medicines refrigerated).

The parts were scarce and couldn't be found near the island. So, the Puerto Rico-based company contacted their sister firm in Ireland, who then called Tommy and said, "We see you have the chiller part but there's no way to get it to Puerto Rico, is there?" Tommy arranged for an EES worker's daughter to fly to New York with the part just four hours later and deliver it to the company's representative, who obviously was thrilled. That's what it means to go above and beyond in order to establish a reputation. Later, during COVID, EES did the same with PPE (personal protective equipment) by delivering large quantities of it to the U.S. when it was almost impossible to find there. EES has had most of its customers long-term, some since the beginning in 1991. Tommy emphasizes that his wife, Catherine, was the glue that kept the whole thing together because of her laser-like attention to financial health, detailed accounting, and company governance. To this day, EES has never lost a client, and Tommy credits having "water-tight" financial structure and a solid reputation.

What are the lessons here for young entrepreneurs? According to Tommy, remember that you only have one reputation, so protect it at all costs. Don't be afraid to succeed, meaning that you should be ready for the responsibility and hard work that comes with success. It's about doing things right, listening to what you customers, and potential customers, say. Find out what they need and go to the ends of the earth to deliver it. Don't worry about the clock. When you have your own company, you need to be available whenever someone needs you.

Listen to our full interview with Tommy by searching ‘Switched On Demesne Electrical’ in your podcast player or just click this link: 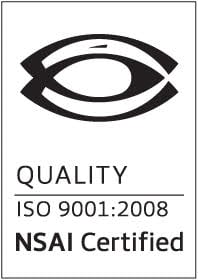